The 5 Biggest Lies About Expats 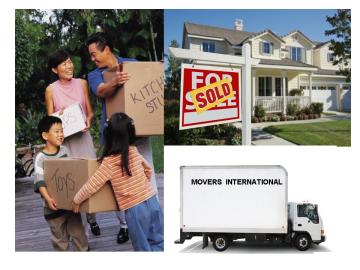 It is amazing how much pressure is put on expats to comply to a certain image of the “ideal expat”.

The perfect expat does not exist and most recommendations I read on specialized blogs on how to become one are just lies !

Expats are ordinary people and accept or choose to live and work abroad for a multiple of reasons that are not good or bad. It is their lives, their choices and sometimes their mistakes when they face challenges they can’t overcome but I think no one should judge them and certainly not other expats.

In 20+ years of expatriation I have met plenty of expatriates of all kinds, some for short assignments of 2 to 3 years, others who got married and followed their spouse in their country and stayed there forever, students, executives, diplomats, adventurers, artists, stay at home moms or dads, career women, trailing spouses, TCKs etc. and they all had their own ways to deal with expatriation. Some fall in love with their new location and had a blast other hated it every single day but the majority had good and bad days just like ordinary people.

It is true that successful expats share some skills regardless of where they live, their age or social status but I don’t believe there is such thing as expat DNA implying that you are born with some innate abilities to live abroad and that you just need to follow the perfect expat model to enjoy your expat experience.

It is like asking the famous question : are leaders born or made ? My answer to this one is always “both”. You may have certain innate qualities such as emotional intelligence, curiosity, or being a good listener but you also need to experiment and make your own mistakes to learn what is the best communication or leadership style to apply when you face various situations.

Here my list of what I think are the biggest lies about expats and misleading advises on what you should or shouldn’t do while living abroad:

Lie #1: Expats are lucky managers sent by multinational companies, they have huge benefits and salary compared to locals. It may be still true in certain countries but we see more and more companies sending managers abroad with minimum relocation packages or applying local job market benefits (localized expats). People are also moving by themselves abroad to find a job without relocation support from a company. Most expatriates who find jobs abroad have usually unique qualifications or intercultural intelligence that make them in high demand in certain industries or countries. Nothing about luck here, you have to compete hard to get those jobs or go where others don’t want to.

Lie #2: Expats, especially accompanying partners, live a glamorous life, complain all the time and should live like “locals”. This one implies that “locals” are all the same and in majority less fortunate than the expats. Well, I am not sure who are the “typical local people” ? Lets take countries such as Russia for example: like most recently emerged economies, they have extremely rich people, many are young multimillionaire entrepreneurs and a relatively small middle class of young people too, concentrated in big cities such as Moscow and St. Petersburg. The rest of the population is living in poor rural or industrial areas. Even if you are a very well paid expat you can’t even dream to have the same lifestyle of the so-called “oligarchs”. You certainly don’t want to drink as much Vodka as the average Russian men and I won’t recommend to try the local custom of bathing in icy rivers with an outside temperature of -25C .

In certain countries don’t play with your health by eating any kind of food or drinking tap water just to do like locals. I remember the story about expats in Africa getting serious diseases such as bilharzia because they did not want that local people carry them on their shoulders to cross rivers infested with bloodsucking worms.

In Dubai (UAE), March this year, a Norwegian woman was raped and jailed after reporting the crime to the local police. The case highlights the increasingly frequent tensions between the United Arab Emirates’ international atmosphere and its legal system according to Al Jazeera.

While I am a strong advocate for learning and complying as much as possible with local customs and social rules, I also encourage new comers to find a “mentor” who is either another expat or someone with extensive international experience because someone who never lived abroad or not culturally close to you don’t understand your challenges as an expat family. Even some long-term expats blame freshly arrived ones for not blending enough with people from their host country. In the later case I suspect poor empathy and maybe some kind of jealousy.

Lie #3: Expats should not seek the company of other expats, to have a successful expatriation. This injunction is directly the consequence of Lie #2. When you live in your own country nobody tells you that you spend too much time with like-minded people who share your interests, hobbies or lifestyle, so why expats should not have friends among other expats ? Maybe some scientists have evidences that link the number of expat friends with expat failure rate ? Should we apply a quota system like no more than 20% expat friends ? Here again I am advocating for the expat “trailing spouses” who usually are perceived as the ones who have all the responsibility regarding expat failures which is often the case. Unhappy partners are cause #1 for premature returns.

Not all expat families have the luxury to get an intensive language course and cultural awareness training before moving to their new country. So, to adapt quickly to a new location without too much unnecessary struggles, I recommend that you contact first thing first other expats living in your new home via local support groups or using social media. In 99.9% of the cases they will be more than happy to share their tips about neighborhoods, schools, doctors, public transportation etc. even before you say yes to moving abroad. You may even speed-up the process of meeting local friends among those who speak your language or love your original culture in such support groups.

Expats who volunteer to help new comers usually love the country and want to share mostly the good things about it but also inform them about risks such as the ones mentioned above.

Like everywhere you will meet negative people who are never happy and complain all the time but remember that you are free to be friend with whom ever you like.

Lie #4: Expats who don’t learn a foreign language are lazy and unable to adapt While learning the local language helps, it is not necessary a success factor. I know by experience that good communicators don’t use one channel and being fluent in a language does not imply you understand the culture. In addition with globalization more and more people speak English, at least in big cities.

If you can only learn few words and gestures of the local language because you don’t have enough time, don’t feel ashamed, be incredibly selfish for your sanity : find first emotionally and physically rewarding activities. For my personal balance beside working and taking care of my family, I spend my free time doing Zumba and socializing with my friends (foreign or local) rather than learning Russian intensively. As a result I may speak a broken Russian to survive but certainly be a much happier, relaxed spouse and mom.

Lie #5 Homesickness is not for serious expats This is probably the biggest lie. Almost everyone gets homesickness at some point or another. Some because they have left their aging parents behind or got frustrated not to find some specific products or fed up with the local weather or being treated as a stranger. Again, this is perfectly normal to feel homesickness even when you just move from New York to Atlanta. It is usually a cyclic pattern: you have nostalgia, want to go back home, you spend few weeks there and then you start missing your “new home” because the experience is not what you expected in your dreams. During those mini-repatriations you get a taste of what is called “reverse culture shock“: nobody is interested by your experience abroad, old friends, colleagues and family have strong opinions about the country you left and no matter what you say, they won’t change their views. At the end, you have reverse homesickness: You miss your foreign home and friends…a vicious circle, serial expats know well.

I maybe took extreme cases to illustrate my point against the “perfect expat”, but I hope I can help some expats who feel guilty and ashamed of not enjoying their “glamorous life”,  to talk about it without being afraid of being labelled as “ugly expat” and seek eventually professional support.

18 Responses to The 5 Biggest Lies About Expats