Since this post was published in 2010, the worldwide map of social media has changed dramatically.

For example in Brazil Facebook has replaced Orkut and in Russia, the number of social media users is growing at a very fast pace, mostly on their own local sites Vkontakte and Odnoklassniki. 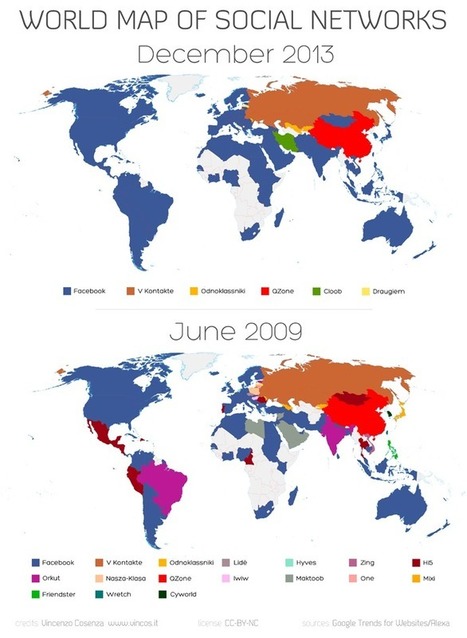 → 4 Fascinating Facts on the Social Media Landscape in Russia http://sco.lt/5Bq5bd

With the globalization we have seen an increase of usage of social media everywhere.

According to Nielsen research(January 2010), global consumers spent more than five and half hours per month on social networking sites like Facebook and Twitter in December 2009, an 82% increase from the same time last year.

However there are great differences on how people use social media  in different countries. For example Brazilians are the top social media users worldwide according to anotherglobal survey byNielsen(June 2010). People in Brazil communicate mainly  in Portuguese. The social network made by Google,Orkut,has been adopted by 50% of Brazilians internet users but is not very popular in the United States.

For global marketers and people who want to develop both local and international networks,  it is important to determine  how people from different countries interact with social media.