Find the Coaching in Criticism 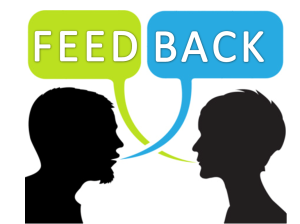 Image from Forbes Magazine: The Best Gift Leaders Can Give: Honest Feedback

Learnings from the article:

What makes receiving feedback so hard? The process strikes at the tension between two core human needs—the need to learn and grow, and the need to be accepted just the way you are. As a result, even a seemingly benign suggestion can leave you feeling angry, anxious, badly treated, or profoundly threatened. A hedge such as “Don’t take this personally” does nothing to soften the blow.

The skills needed to receive feedback well are distinct and learnable. They include being able to identify and manage the emotions triggered by the feedback and extract value from criticism even when it’s poorly delivered.

2. Disentangle the “what” from the “who”

5. Ask for just one thing

After you’ve worked to solicit and understand feedback, it may still be hard to discern which bits of advice will help you and which ones won’t. We suggest designing small experiments to find out. Even though you may doubt that a suggestion will be useful, if the downside risk is small and the upside potential is large, it’s worth a try.

The Best Gift Leaders Can Give: Honest Feedback

2 Responses to Find the Coaching in Criticism