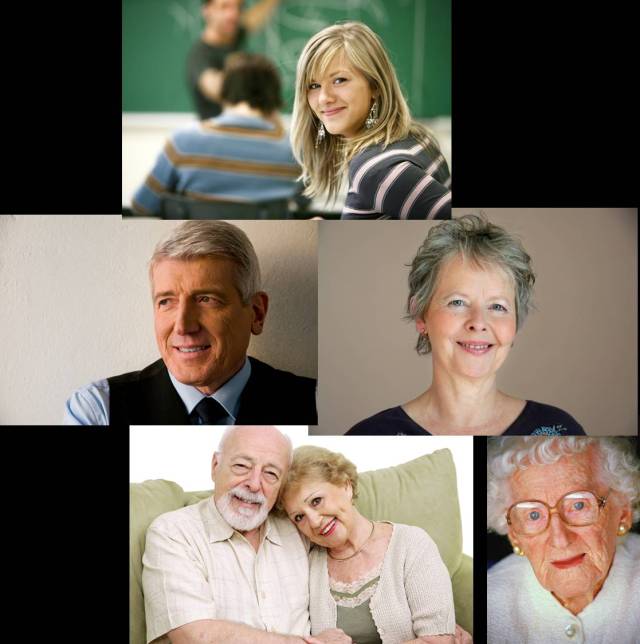 Boomers (those born from the 1940s to the 1960s), grew up during the prosperous post-WWII years. The late boomers, born in the 60s are now in their 50s and 60s  and are closer to retirement . They are facing specific financial, health, and economic challenges

I am talking about the challenges to baby boomers called the “sandwich generation”  for taking care of their aging parents and children at the same time and  the so-called “club sandwich generation” with additional layers like grand children to take care of.  Of course living abroad does not help and expatriation is adding challenges in how you manage your family as an expat working baby boomer.

1-Healthcare: For the majority of late expat boomers not yet retired (55-69 years old ), the biggest challenge is staying healthy to be able to work under increasing pressure as the world economy collapses, raise children and take care of their aging parents.  Half of expatriates believe that health care standards in their new home are inferior to those in their country of origin, according to an article from the Telegraph. One in five – equivalent to around 38 million people around the globe – believe that their health has deteriorated since they moved abroad. This can only be worse if you are an old  “club sandwich” expat fighting with jet lag and 24/7 workload. Usually most expat executives  working for global companies have good healthcare package but if they lose their job they also can rapidly end with no coverage for healthcare costs.

2-Education: The challenge of raising  Third Culture Kids (TCKs) starts with the selection of languages, what is best if we don’t know which country we go next ? English or Bi-lingual education ? local school systems? We decided that our son will have English at school and French at home and we chose international schools to have same curriculum to get the International Baccalaureate Diploma Programme (IBDP) that can open doors to many universities in the world. Often parents of kids in 11 and 12 grades have to let them finish the school years even if the rest of the family has to move to another country, this is quite tough on 16 to 18-year-old children. Hopefully our son is a senior in Grade 12 and we will move once he graduates and goes to University.

Boomers who plan to retire in their mid-60s to early 70s need to have enough money saved up for a decade or two more than they might have in the past.

A lot of expats lost money with the worldwide financial crisis. One reason can be the fluctuation of currency exchange rates. For those paid in US Dollars and who are  paying university tuition fees, house mortgage and elderly care in Euros, the loss can be huge when the US $ drops and stay weaker than the Euro. Many who have been repatriated had to sell their house in 2009-2010  with minimum 30% less than the value they purchased the property 3 years before. For those interested in buying properties it might be difficult to get credit as a non-permanent resident.

4-Retirement : one of the most difficult questions for expats is where will they retire? If they have children they might plan to retire where their children study or go back to their home country to take care of their aging parents. You might need to work longer than planned to pay both your kids’ studies and guarantee good healthcare for your parents. In some cases you cannot get pensions plan from your home country because you worked too long outside Europe for example. There is no agreement between USA or Japan and Europe regarding public pension plans, therefore all the years you worked in USA or Japan as a French for example will not count for calculating your pension unless you have a private pension plan.

5-Elderly care Hopefully people live longer and healthier and a lot of people in their 80s are very active and independent. For dependent parents like people with Alzheimer it can be very difficult to find reliable services in the home country and it is putting a lot of guilt on expatriates who cannot stay close to their parents. On the other hand you made a conscious choice by becoming a “club sandwich expatriate”, you might not be physically present but you are earning enough money to provide better healthcare than if you were working in your home country. That’s a trade-off and is 100% your choice

Conclusion: Before accepting a short-term or long-term expatriation or planning a retirement overseas you might need to look at pro and cons that work for YOU and your family.